Europe is currently battling an energy crisis which some speculate to end in rolling blackouts and a recession. As the largest importer of Russian oil, Europe has been the hardest hit by Russia’s reduced energy exportation due to its war in Ukraine. Climate change has been another contributing factor to the energy crisis, with heatwaves in Europe causing increased demand for air conditioning. Furthermore, the ensuing transition to renewable energy has caused a shortfall in energy supply. Countries such as Germany are in the process of phasing out nuclear power and coal plants. With the European winter on its way, concern has been raised and many are fearing potential power rationing. Many countries have introduced measures to provide some relief to the crisis, helping Europe fill 85% of its storage for winter. However, prices remain painfully high. Below, we delve into the causes of this energy crisis as well as proposed policy solutions.

The Scale of the Crisis

Since sanctions were imposed by Western countries as a punishment for the invasion of Ukraine, Russia has cut its natural gas supply to Europe, resulting in soaring energy prices, and increasing cost of living pressures faced by European households. Used as a benchmark for the European power market, German futures, which would normally trade at €40-50 per megawatt-hour (MWh), exceeded €1,000/MWh for the first time in late August 2022. In Europe, households account for 30 to 40 percent of natural gas demand, due to its use for heating, hot water and cooking. The sudden drop in natural gas supply has led to skyrocketing prices directly passed on to consumers, and as winter approaches, rising demand for heating and lighting will only exacerbate the issue. It is estimated that Europe would need to cut its natural gas usage by 15 percent in order to cope with the upcoming winter and avoid acute shortages.

With 55 percent of its natural gas being imported from Russia prior to the war, Germany’s energy market has been one of the most susceptible to gas shipment cuts. In attempts to keep energy bills in control, hot water supplies have been turned off at swimming pools and gyms. Furthermore, shopfronts are banned from being illuminated during night-time. Italy, whose gas supply consisted of 40% Russian imports, has also taken measures to reduce energy usage. This includes regulating residential blocks’ thermostat temperatures at 19 degrees Celsius and turning off around 50 public fountains in Milan. The impact of the natural gas cut-off goes beyond countries that were highly dependent on Russia’s exports, however. Despite less than 4 percent of its natural gas being supplied by Russia, the UK’s energy market has been heavily hit by the aggregate shortages in the continent due to its reliance on natural gas for power generation. A survey of 2,000 participates revealed that 23 percent of UK adults do not plan on switching on heating over the upcoming winter, and 27 percent of parents with children under 18 are choosing to so in order to combat the cost-of-living crisis. This was before the government’s announcement of an increase in the main cap on consumer energy bills from an annual average of £1,971 to £3,549, meaning that household spendings on power usage may rise by up to 80 percent. 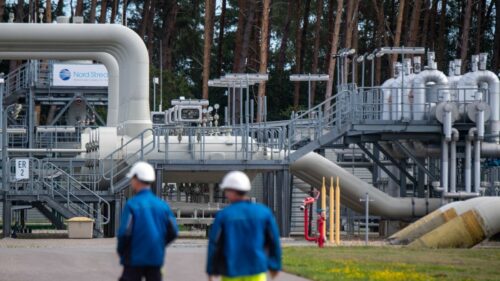 Factors Contributing to the Crisis

The exposure of European energy markets to a multitude of risk factors has meant the complexity in responding to such an issue of increased volatility and uncertainty within energy markets. This has accentuated the existing inflationary pressures on consumers persuading understandable calls to action for politicians to drive change in how energy markets are fundamentally mechanised.

Russia is the second largest exporter of oil in the world, accounting for approximately 11.6% of global exports ($74.4 billion USD) and European countries as a whole are the largest purchaser of these exports purchasing about 42% of Russia’s total oil production. Thus, European nations are particularly prone to any shocks to the Russian supply of energy via crude oil. Due to the recent actions of Russia invading Ukraine, EU nations have placed banking sanctions on Russia attempting to stifle their revenue streams as oil and natural gas which made up 45% of Russia’s federal budget (in 2021). Whilst European nations try to wean themselves off of Russian energy supply, in the short-term, these sanctions have adversely impacted the availability of energy in European markets, driving up the price due to the increased scarcity. 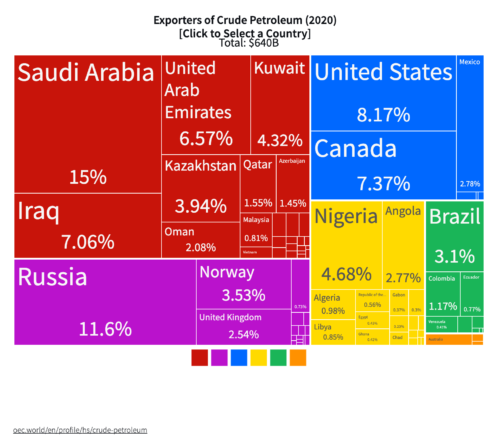 Climate change has undoubtedly played a key role in the weather crises that Europe faced in recent months, experiencing heatwaves and droughts across the continent. Many countries have faced multiple heatwaves in between June to September this year. Plausibly, this increases the demand for energy with households resorting to air conditioning and other such solutions that require high amounts of energy. Furthermore, with the heatwave further causing droughts, this has inhibited production of energy through means such as hydropower and nuclear power plants (due to cooling system requirements). These climate factors have severely exposed the susceptibility of  European energy markets and comprise risks that need to be mitigated in the future. 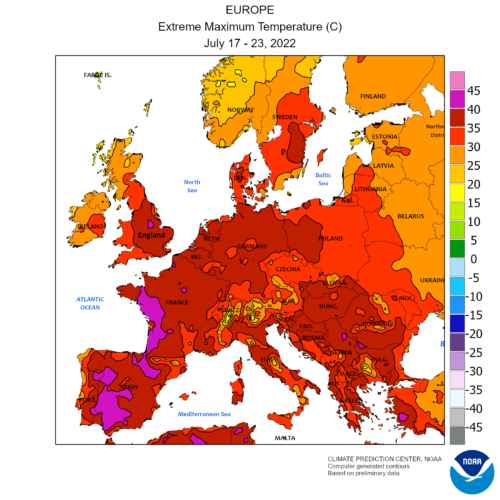 The Transition Towards Renewable Energy

Whilst the transition towards renewable energy is of paramount importance for the (not so) long-term implications of climate change, the current condition of European energy markets has meant that this has contributed to the severe shortfalls of energy production. Since 2011, Germany has been phasing out nuclear power and coal plants, and France has recently shutdown 32 of its 56 nuclear power plants France. These are examples of circumstances that have further exacerbated supply side issues with energy production in Europe and have consequently had an adverse impact on energy markets.

The imperative nature of this energy crisis places the issue into the realm of politics, calling for a need for government intervention. In Europe, electricity markets have prices set by the most expensive supplier, a model known as marginal pricing. This has resulted in the skyrocketing energy prices especially due to natural gas constraints the EU is currently facing. This has also led to massive windfall gains for firms that produce energy at lower costs. Whilst the disadvantages of this system are currently being highlighted, the markets can also be seen to propel innovation with the volatility in prices incentivising investment into electricity storage methods. As a result, there may not be a full need to completely re-haul the way EU energy markets are currently designed.

Tactics such as freezes on retail energy prices are potentially on the agenda for France and Britain, however, this may lead to unmet demand causing further energy problems. Another potential solution to these issues is through energy rebates for consumers or subsidising producers could drive down costs and therefore prices which has been done in Spain and Portugal. Furthermore, with respect to the windfall gains some low-cost producers are enjoying, nations may be driven to apply windfall gains taxes in order to limit the share of the spot-market price that suppliers can keep.

This issue highlights the importance of the pressure that must be placed on driving action to solving climate change. Overall, the energy crisis Europe is currently facing is an incredibly complex issue which demands multi-dimensional policies to address and to weather the short-term adversities that nations will potentially face over the next few years. As the transition into renewable energy is completed and the technology becomes more dependable the EU may no longer face the same issues present in energy markets today.

I am currently undertaking study in Mathematics and Economics. I am passionate about public policy, and specifically, education policy. As a writer for Cainz digest, I hope to produce informative and thought provoking articles for a diverse readership.